The 65 bus-stop is a two-minute walk and serves Richmond, Kew and Kingston, along with both Ealing Broadway and South Ealing stations. 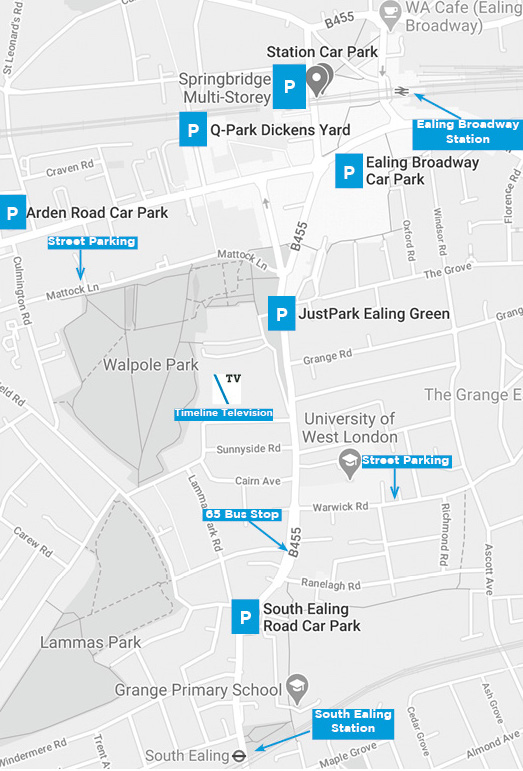 Parking is extremely limited at Ealing Studios so we recommend that you park at one of the below options: