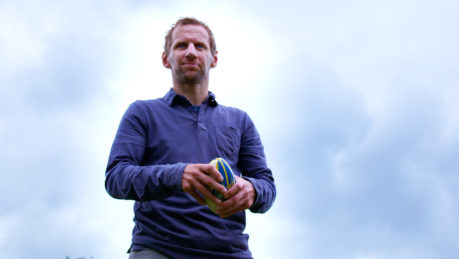 This 30-minute documentary follows Rob Burrow as he shows the same spirit in his fight against motor neurone disease as the one which made him a hugely admired rugby league star.

His family and friends – including former teammates Kevin Sinfield and Barrie McDermott – also give their insight into this remarkable man. Burrow was prompted to raise awareness for research into the condition, including regular appearances on BBC Breakfast, after meeting former Scotland rugby union legend and fellow motor neurone disease sufferer Doddie Weir.

Burrow was diagnosed with the degenerative disease, for which there is no cure, barely two years after ending his stellar playing career by helping Leeds Rhinos to a record-extending eighth Super League grand final in autumn 2017. As the disease takes its toll physically, Burrow speaks of his determination to live as normal a life as possible and explains how his rugby career has prepared him for the challenge.

The documentary attracted more than two million viewers across two broadcasts last week. By midnight on Sunday 18th October, the MND Association had received almost £26,000 via the ‘text-to-donate’ system introduced to coincide with the Challenge Cup final coverage.

The MND Association has also attributed an additional £31,000 in online donations to increases in website activity related to the documentary showings and Challenge Cup final.

The documentary is available to watch on BBC iPlayer here: https://www.bbc.co.uk/iplayer/episode/m000nggd/rob-burrow-my-year-with-mnd

Timeline provided dubbing and delivery services from its post-production base in MediaCityUK.